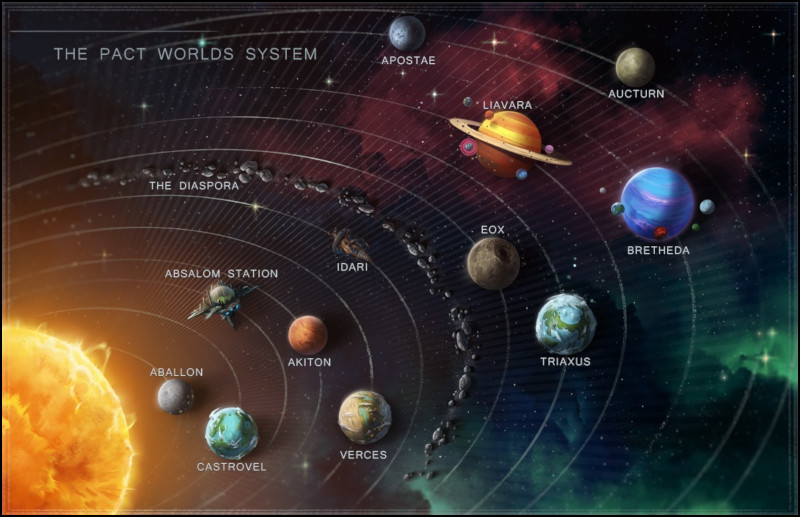 In this wiki, we will go over the changes made to the game universe.

The first and largest change made is the fact that the Pact Worlds no longer belong to just one star system. Each Pact World has its home in its own star system, and each race has its own sector of space where they have dominion.

We will be using the extended star system map from the Traveler RPG. You can view that map Here.

Since the map is labeled with Traveler factions, some conversions need to be done.

The Vargr Extents is the robotic realm of Triune. Most races avoid this sector of space.